Stuck at home in an emptied-out New York City during the pandemic, filmmaker Noah Baumbach and life partner actress Greta Gerwig cast around for something different to the naturalistic indie films with which he made his name.

“It was either, we were going to do something in the apartment or a Spielbergian apocalypse movie,” Baumbach told Sean Piccoli at Deadline.

Baumbach picked up a novel that he’d read once before as a teenager and which spoke of a different apocalyptic tragedy.

“It had a big effect on me at the time,” Baumbach told NPR’s Steven Inskeep. “I kept stopping and reading it aloud to Greta or to anybody who would listen and just saying, I can’t believe how much this book speaks really to all time… then it coincided with the pandemic. And that’s really when I thought, well, maybe I’ll try to see if there’s a movie here.”

White Noise is his adaptation of Don DeLillo’s 1985 novel, which centers on professor Jack Gladney (Adam Driver), wife Babette (Gerwig), and their precocious children as they confront physical and metaphorical crises.

We learn from a New York Magazine profile by Jon Mooallem that everything that Baumbach loved about the novel — the headiness of its language the density of its ideas, the archness and unreality of its world — had given White Noise a reputation in Hollywood as unadaptable. But to Baumbach, the core of the book always felt vivid and real.

With its $100 million budget, this is the most ambitious project to date for Baumbach, whose breakout film was The Squid and the Whale (2005) and whose last film was the critically acclaimed Marriage Story (2019).

Some of that money is evident on the screen, from an explosive train crash to a car chase through the woods, “and the scariest CGI cloud this side of Nope,” writes IndieWire’s Eric Kohn.

Like Jordan Peele’s blockbuster, White Noise echoes the spectacle of Spielberg and in particular Close Encounters of the Third Kind. Cerebral and escapist, it’s unlike anything the filmmaker has made before. “That was exciting for me,” Baumbach told Kohn. “I think of this movie as floating somewhere above reality. It’s close but not entirely with its feet on the ground.”

It is also a satiric look at the way academia reduces all culture to cold analysis, something that Kohn believes has modern resonance.

“We all go through this with the internet,” Baumbach said. “I’ve watched YouTube a lot. You can see all these different things of totally different value. You can look at the horrors of the world or old commercials, and it all suddenly takes on some kind of equal value when you’re looking at it that way. Bo Burnham even sings about it.”

An example of the banality of modern discourse: In the film two teachers compete over whether Hitler or Elvis serves as a more involving object of study. “You’re teaching Elvis, you’re teaching Hitler, you lecture on their relationships with their mothers, and they become of sort of equal value for the moment when of course they’re not,” Baumbach said. “Everything gets leveled out in our culture.”

READ MORE: Noah Baumbach on His Ambitious ‘White Noise’ Budget and What the Film Says About America Today (IndieWire)

Vadim Rizov at Filmmaker Magazine reckons these central themes — ”about media oversaturation in American life and the weird effects it has on people’s brains — have aged remarkably well; while the novel ties them specifically to terrestrial TV, the basic idea’s hardly changed. We’re all trapped in the opening scene of Reservoir Dogs, forever.

The film’s centerpiece is a vast, elaborately mounted sequence in which the couple flee an “Airborne Toxic Event,” the result of a tanker crash.

Baumbach also had British cinematographer Lol Crawley (The OA) shoot the movie on 35mm anamorphic film (with some VistaVision handled by the second unit), which isn’t exactly the most cost-effective approach. This choice raised the question of how Netflix signed off on it, which the director addressed during a Q&A at Film at Lincoln Center.

“It was kind of established very early on,” Crawley said of the format. “My recollection is that Netflix had got behind the idea of it being shot on film before I was even in the mix. And combining film with anamorphic seemed to do the heavy lifting of the aesthetic. It’s like, you combine Jess Gonchor’s fantastic set design and shoot it anamorphic, on film, and you’re like: okay, that’s in the ballpark”

Time for a Dance Break

Interviewed by director Wes Anderson for Netflix Queue, Baumbach explains how he worked again with choreographer David Neumann, whom he previously teamed with for Marriage Story.

“It’s like blocking, but the movement and the dialogue work in concert. In the beginning of the film, it’s more in control,” the director said. “There are these rituals we have; the morning ritual, the shopping ritual, the work ritual, the bedtime ritual.

“Then, in the third part, it’s how they start to fracture once we become more aware of what these rituals are invented to disguise. The camera starts to break free in ways as well. By the end, it’s been freed entirely so that it can become something totally abstract.”

Baumbach also discusses his collaboration with Danny Elfman at the 60th edition of the New York Film Festival, commenting that he thought the composer could unify the film’s genre-shifting.

“My fantasy of Danny Elfman was that the death aspect of the movie would appeal to him. And it did, very much. But he also did a lot of electronic music with orchestral music. We were also talking about Aaron Copland and the Americana of it. So it was sort of this Aaron Copland-meets-Tangerine Dream idea that ended up in the movie.”

Rizov found White Noise “a formidable display of how to spend lots of money,” describing sequences “with their seemingly hundreds of cars and similar numbers of non-CG humans,” but “what Baumbach doesn’t have is Spielberg’s impossible smoothness.”

“Baumbach, working on a larger scale than he has before, pulls off a few fine cinematic coups… but there is something detached about the film, a succession of moods and notions that are often quite interesting but that never entirely cohere,” he writes. “White Noise is an expression of sincere and admirable faith. I just wish I could believe in it.”

Next, Listen To This: 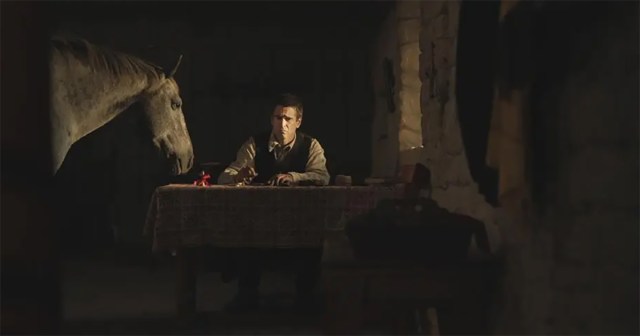 Writer-director Martin McDonagh fuses his trademark dark humor with something altogether more profound in “The Banshees of Inisherin.”

When Your Story is a Film But Also a Crazy Dream: Alejandro González Iñárritu’s “Bardo” 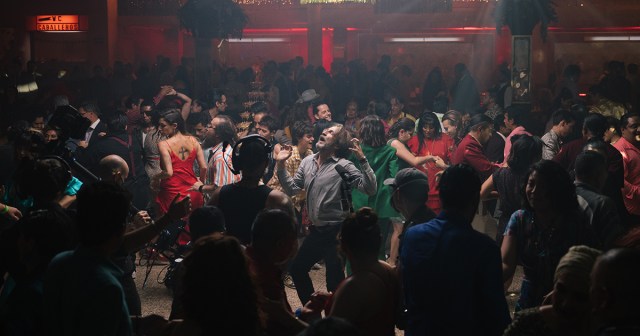 Alejandro González Iñárritu’s “Bardo” is a personal odyssey through the mind of the Mexican auteur and, by extension, Mexican history. 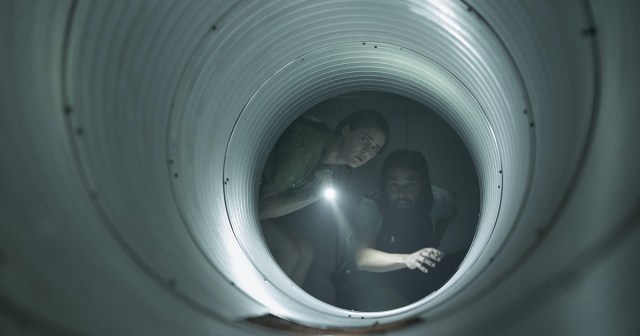 The HBO Max dramatic series “Station Eleven” confounds viewer expectations, flipping many of the conventions of the post-apocalyptic world. 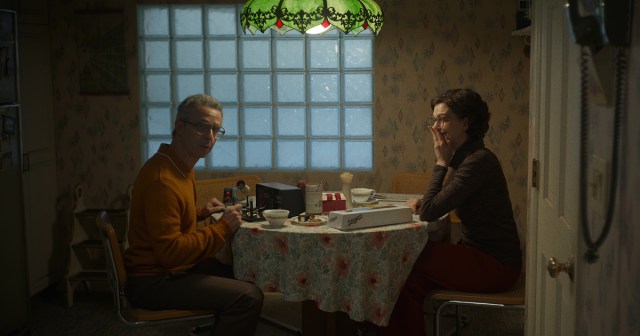