If all of the world is a stage, then the world was watching Glastonbury this weekend. At least it felt that way in the UK, where public service broadcasters gave viewers and radio listeners wall-to-wall coverage of the three-day festival.

The Glasto vibe has always been strong (the event is hosted on a farm near mystic ley lines, after all), but has been amped up in recent years to successfully encompass a broad swathe of popular music, from jazz and rap to metal and soul.

The demand for the communality of crowds has been back with a vengeance this summer with artists like Harry Styles, The Rolling Stones, Elton John, and Billie Eilish playing packed stadium gigs across the UK.

The zenith of this trend was the Glastonbury Festival, which played host to more than 80 acts to 200,000 people live and millions more at home.

Headline acts, including Billie Eilish and Paul McCartney, agreed to play the festival for a fraction of the fee they could command elsewhere. Emily Eavis, a co-organizer of the event, revealed that the festival’s performers are typically paid less than 10% of what they’d usually get elsewhere. At Coachella, for example, Beyonce was reputedly paid $4 million to appear in 2018. Beyonce played Glasto in 2011.

How much do Glastonbury headliners get paid? 🤔🎶

BBC presenter and DJ Jo Whiley described the experience to Variety’s Mark Sutherland: “Take Coachella, multiple it by a thousand, add several different dimensions and put it in multi-color… Then you might have a grasp of what Glastonbury is all about.” 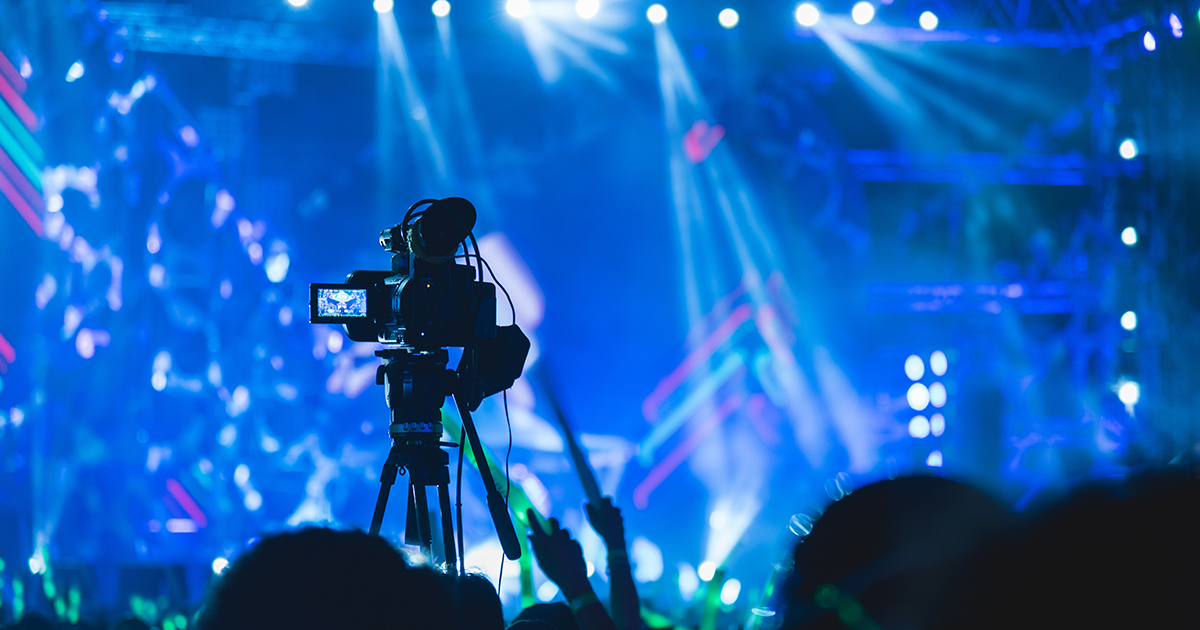 You’d like to think the stars do this because they want to be part of a unique communal experience. There’s an element of that to be sure. Another reason is the boost BBC coverage can give to future sales of tour dates and streaming airplay.

“These days, artists sign up to be at Glastonbury with the BBC coverage at the back of their minds,” Alison Howe, executive producer for BBC Studios, says to Sutherland. “People want to be part of it.”

READ MORE: Glasto Is Back: Inside the BBC’s ‘Mammoth’ 2022 Glastonbury Festival Coverage (Variety)

After the last pre-pandemic event in 2019, huge surges in sales and streams followed for the likes of The Killers, The Cure, Lizzo and Kylie Minogue.

Each year the broadcaster takes it upon itself to record or live stream more of the show than ever before. This year, BBC produced live coverage of the main Pyramid stage in 4K UHD HDR and a live stream of various acts that were performing on different stages at the same time through its iPlayer online service.

“We’re really hopeful that at night when you look out over the crowd when the headline act is on, [the UHD] will really define a bit more what people at the event are seeing,” explained Howe to Televisual’s Pippa Considine. “Not just the detail on stage, but also the detail in the environment.”

BBC plans for more stages to get the UHD treatment in future. In 2017, the corporation and Glastonbury announced a broadcast deal through 2022, with an announcement expected that this longstanding partnership will be extended.

The Glastonbury Festival celebrated its glorious 50th anniversary in June 2022 following a two-year hiatus due to the pandemic. Working alongside Arcadia, The Park, and BBC Introducing, moving light manufacturer Robe was involved in creating a spectacular array of visual elements across multiple stages, including a flame-throwing, laser-shooting spider.

Known for creating fantastical, over-the-top environments for live performances, Arcadia was founded by creative director Pip Rush and technical director Bert Cole. The company’s flame-throwing, laser-shooting spider is one of the most ambitious and enduringly popular of these environments, returning to the festival for the first time since 2017.

“The spider has so much history that we felt it was right and very appropriate to bring it back for the 50th Glasto,” Rush says.

Robe has been consistently featured on Arcadia shows over the years, but the objective for this year was to “mix it up and do something different, swapping out some of the older elements to keep the light show fresh and contemporary,” the company states. The Spider, made from recycled military and industrial machinery parts, was equipped with 18 Robe Pointes, nine Robe Spiider LED wash beams, and 12 of Robe’s new iPointe65 luminaires.

Lighting was designed by Dave Cohen from MIRRAD, and coordinated by Arcadia’s head of lighting, Katie Davies. Cohen collaborated with Rush on the Spider’s overall show lighting aesthetic this year, and ran lighting fully live each night for the mega-mix of DJ sets, which included an extensive range of genres from all around the world including acts like Carl Cox, Calvin Harris, Camelphat, Groove Armada, Chase & Status, and numerous others, attracting audiences of up to 60,000 across Glasto’s three main nights of music.

SWG Events has supplied The Park stage with audio and lighting since its inception in 2007. Famous for its ribbon tower and panoramic views of the site, The Park is a natural amphitheater located on the ground above the Spider. As the host of a high-profile line up — including Jessie Ware, Wet Leg, The Avalanches, and Four Tet — “the production lighting design is crafted to satisfy all riders and offer a great show for artists lit with the house rig.”

Designed by SWG’s head of lighting, Alex Merrett, and facilitated on-site by production manager Mark Bott, the set employed 12 Robe Spiiders, 12 MegaPointes, 24 LEDBeam 150s, and 12 LEDBeam 350s, all of which were chosen for their versatility. Four Tet’s lighting director Ed Warren, known for his cutting-edge creative approach, made the most of the MegaPointes — selected for their signature beam, gobo and prism looks — along with five large mirror balls.

Tom Campbell, 2022 TPi Award winner for Lightning Designer of the Year, lit up The Parks stage for Arlo Parks. “This was a very special show for everyone involved,” he said. “We took a creative decision to focus on scenic and video elements this summer so it was a welcome sight to see the house rig full of Robe products as I know what they can bring to a show!”

Robe also worked with SWG Events to once again provide the lighting kit for the BBC introducing Stage, which featured production lighting design by Alex Merrett programmed and operated by Callam Thom and Will Owen.

This year’s rig included eight Robe LEDBeam 150s, 16 x LEDBeam 350s, four PATT 2013s and six Pointes, “all of which made a big impact and added color and movement to the various artists appearing on this popular stage,” the company states.

“The Pointes were utilized to deliver hard beam effects and classic prisms and break-ups to contrast with the softer LED Beams,” Thom details. The PATTs were “beautifully scenic in their own right,” he notes, commenting that they were “perfect” for the more intimate moments and for closing down the stage space.

Both Thom and Owen showed an appreciation for Robe’s LEDBeam 350’s wide zoom, which make the fixtures “a good, solid, adaptable choice for creating anything from fat beams to wide strobes to controlled front light and even a medium wash.”

It’s not just performers using Glastonbury as a world stage. Ukrainian President Volodymyr Zelenskyy and 19-year-old climate change activist Greta Thunberg both addressed the televisual audience in unscheduled speeches, while several other artists chose to vocalize their anger and defiance against the US Supreme Court ruling on the right to abortion.

Kendrick Lamar, who headlined Sunday’s performance, was perhaps the most striking. He signed off the end of his set repeating the words, “They judge you, they judged Christ, Godspeed for women’s rights.”