People love to understand animals through a human lens. But what happens when a documentarian uses both a camera lens and the fate of a predatory bird species to consider humanity? The end result is “All That Breathes,” directed by Shaunak Sen.

Sen says he “began developing a deep interest in the behavioral and evolutionary changes in animals in Delhi prompted by air pollution” while a fellow at Cambridge University in 2018. Additionally, Sen’s awareness of his environment developed alongside the “sense of unease many of us felt towards the escalating social tension in India.”

Despite these undercurrents, this project did not begin with a lofty message, but instead with a color.

“The starting point was the city of Delhi, where gray is the all-pervasive texture. When I’d be looking up at the monochromatic sky, I’d see these black dots, and every now and then they are dropping. I was overtaken by this sense of a bird falling off a gray polluted sky,” Sen told TheWrap’s Joe McGovern. “That’s how I started researching what happens to birds that fall. So the film didn’t start off as a film about birds, it was meant to be about the mood and texture of the air we live in.”

Although New Delhi has a well established avian hospital, that facility is run by Jains, who traditionally practice ahimsa and do not handle meat. This complicates treating non-vegetarian birds. Black kites are the most common bird in the region and are predatory, which meant that when the Muslim brothers first tried to save an injured kite, the Charity Bird Hospital rejected it, sparking their first interest in caring for these creatures.

“Focusing closely on the ﬁgure of the black kite opened up not just the environmental but also the most pressing socio-political dramas of our times,” Sen explained. India has been rocked by religious conflict under the Hindu nationalist Modi government.

The third “All That Breathes” protagonist (and viewer favorite) is cousin and acolyte Salik Rehman, who has volunteered at Wildlife Rescue since 2010 and officially joined the team in 2017.

“In the end, human subjects define the documentary, and while Nadeem and Mohammad are deeply spiritual and iconoclastic men, Salik quietly steals the spotlight. His youth and unabashed admiration for the black kites is the film’s telos. It is Salik who gives the viewer pause,” writes Maria Garcia for All Arts. After several festival screenings, Sen agreed and told Garcia, “I think Salik saves the film.”

According to the press kit, “The combined stories of this human-kite ensemble paint an untold picture of life in the world’s most hazardous urban environment. It tells the story of toxicity — in the air and among people — and shines a light on a remarkable family that chooses to battle on against the backdrop of both.”

The “All That Breathes” Vibe

Not every filmmaker would be inspired by this story, or feel up to the challenge of finding beauty in a makeshift veterinary and a crowded, polluted Delhi neighborhood. But Sen did, telling All Arts’ Garcia: “The first time I entered that basement and witnessed the damp, dank, industrialized, grubby space and these remarkably majestic birds, the sheer duality of that struck me as inherently cinematic.”

Although the basement was the jumping off point, Sen knew it would not end there.

“Basically, the film keeps switching between the tiny, cramped, claustrophobic space of the basement and the extremely open expanse of the sky above Delhi, between extreme compression and extreme decompression, like breathing, inhaling and exhaling,” Sen explained to Garcia.

Another shooting technique was crucial. Garcai writes that “Sen turned to the democratizing pan in which the camera glides right or left and sometimes up or down, linking all the elements within its moving frame. With no cuts to picture, the pan is the cinema’s answer to action in real time.”

Sen explained, “The pan was a kind of lovely grammar where undifferentiated things could be stitched together, and we realized that this languorous style was helping our cause.”

In the interview with TheWrap, Sen remarked that the “That steady, stealthy traveling camera is important to me and had been important to many generations of Indian filmmakers.”

A traditional wildlife documentary brings to mind certain camera and lens requirements, but because Sen and his team aimed to subvert these tropes, cinematographers opted for a kit that enabled him to go from a cinematic shot and then quickly transition to a more run-and-gun setup.

Ben Bernhard, one of three cinematographers who worked on “All That Breathes,” opted for the Canon EOS C500 Mark II, which he told Mark Hawkins allows filmmakers “to be flexible and spontaneous.”

Importantly, Bernhard notes, “[E]ven when the camera is stripped down, you can still take advantage of internal ND filters, dual slot recording and a Canon Log 2 curve, which all help in a documentary environment.” Its 5-axis Electronic IS was also key for following animals or chasing human subjects.

Bernhard went with photographic lenses for this shoot, including “vintage lenses and Canon L-series primes and zooms” in order to reduce overall weight and increase flexibility, according to the Canon interview.

Setting also dictated lens choice. For example, Bernhard said, “I used a Canon EF 500mm f/4L IS II USM with a Canon Extender EF 2x III to film the black kites in the sky. But when I was filming the brothers in their operating room, space was very limited and I ended up shooting with a Canon EF 100mm f/2.8L Macro IS USM.”

To create his “poetic look,” Bernhard might also opt for “1/8 or 1/16 Black Pro-Mist filters,” which he says “break down the digital look of modern cameras.”

The camera’s 5.9K full-frame CMOS sensor came in handy for shots in the basement hospital and even more so when Bernhard filmed inside the raptor cage.

Multiple recording functions were also crucial to the end result. Bernhard filmed the black kites in flight using the 4K 50/60p recording option to create a slo-mo effect for the swooping. Also of note: the three second pre-recording option. According to Canon, “With pre-recording enabled, the EOS C500 Mark II continuously records three or five seconds of footage to its temporary memory. Then, when you press the REC button to start recording, your clip will also contain the pre-recorded video and audio.”

Bernhard explains, “Without pre-recording, you would run out of cards very quickly if you need to be constantly rolling to capture a moment.” As is the case with documentary filmmaking, of course.

Indeed, Sen told TheWrap, “To get a sense of everyday mundaneness, you have to let the camera run and just bore the living daylights out of your subjects. Until you’ve gotten the first yawn from them, you haven’t gotten any usable material. That yawn means that you are not an intrusive presence, nor is the camera. You’re becoming the wallpaper of their lives and they don’t care. That’s what makes material usable.” To achieve that, the team shot 400 hours of footage.

How does Sen hope “All That Breathes” will affect audiences? In his director’s statement, Sen explained, “I want to harness the enchantment of the sky. I want audiences to leave theatres and instinctively look up – to think of the sky and the birds in it as novel, wonderfully alien things.”

Although many have praised the documentary as a pro-conservation, anti-pollution work, Sen told The Film Stage’s Jordan Raup, “it’s only obliquely about the environment in that how the film began was: for anybody who lives in Delhi, the air is a really opaque, visceral, tactile, palpable entity. And I was interested in the kind of broader, gray texture that constantly laminates our lives.”

Does “All That Breathes” achieve these goals? New York Times film critic A.O. Scott’s review concludes: “Neither a nature documentary nor a political lecture, ‘All That Breathes’ is a subtle, haunting reflection on the meaning of humanity — on the breathtaking kindness and heartbreaking cruelty that define our wounded, intrepid, predatory species.”

The Next Best Picture Podcast · Interview With “All That Breathes” Director, Shaunak Sen
Related Article
“All the Beauty and the Bloodshed:” Art and Activism (on Both Sides of the Camera) 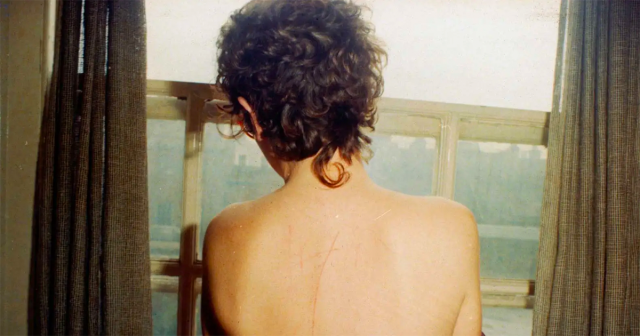