Though Disney channel star turned pop singer and TV producer Selena Gomez hasn’t shied away from speaking publicly about her mental and physical health struggles over the years, the new Apple TV+ documentary is deeper, darker, and more specific about these incidents. In Selena Gomez: My Mind & Me we see the toll this has often taken on her mental health.

The film is directed by Alek Keshishian, whose previous credits include acclaimed music documentary Madonna: Truth or Dare (1991) that broke new ground in presenting a fly-on-the-wall snapshot of the public and private effect of fame on an artist and those around them.

Keshishian got the gig because his sister happens to be Gomez’s manager as he explained to numerous publications, including a piece he wrote for New Music Express.

They struck up a friendship, and “she asked if I would consider doing a tour doc with her. I said, ‘I don’t think you really want me to do a tour doc with you, because I don’t make the sort of tour docs that everyone’s been doing in your lifetime.

“I shoot cinéma vérité and I’m spoiled because my first experience was with Madonna who gave me access to everything all the time.’ ”

READ MORE: What I learned about Selena Gomez from making a documentary of her life (New Music Express)

Despite that knock-back, Gomez seemed even more keen to work with Keshishian. So they agreed a trial.

“I brought in my crew and we shot for two weeks, then I cut it down to a five-minute [short] so she could see the kind of film I would make. She was like, ‘Wow, it’s beautiful, but could you not show me crying? I don’t want my fans to see me break down like that.’ And so I said I didn’t think it was the right time for me to make a documentary with her. We agreed to just shelve the footage.”

What changed was a charity trip that Gomez made in 2019 to Kenya. Keshishian agreed to go “because it was for a good cause,” and found in the course of shooting in Africa and then press events with the singer in Europe that there was a doc to be made inspired by the conflicting way people treated her fame and her reaction to that.

Gomez herself tells Rachel Handler at Vulture that in Kenya she “realized that people in every part of the world are dealing with the same thing: their minds. Your mind is everything. It provides for your body, for your soul. But when I got to London, I gotta be honest, I was kind of frustrated and didn’t even want anyone to film anything. I was just a little frustrated with some of the questions… the press-tour moments in London and Paris. Those questions were shitty.”

READ MORE: ‘I Couldn’t Believe the Things I Was Aspiring to Be’ (Vulture)

To Keshishian this was the story. “I was more interested in some levels of implicating the paparazzi who are unbelievably cruel,” he told Variety’s Jazz Tangcay. “I showed unrelenting interest [of Gomez] in the press. I wanted to show how cruel some of that stuff that’s yelled to a 24-year-old girl is, how brutal it is. On another level, there’s this misogyny, that the woman is always somehow that dumped one, and that the woman should be jealous.”

READ MORE: Alek Keshishian on Filming Selena Gomez Through Her Darkest Moments: ‘I Would Know When Enough Was Enough’ (Variety)

To Handler he added, “There’s a real part of me that wanted to make a statement to young people that pursuing the artifice of fame and whatever — it isn’t a bunch of roses. It’s not perfect, and in some ways, it can prevent actual human connection. That’s what you see in London and Paris. She’s not connecting with human beings after connecting so deeply with human beings in Kenya. That’s really the shock to her system. That’s what makes her feel sad.”

It would seem there is a darker side to fame than thirty years ago and the always on pressure of social media is to blame.

“You’re constantly working on presentation,” he tells Mia Galuppo at The Hollywood Reporter. “I’m talking about people who are really doing social media. So, I wanted to indict fame to a certain degree. I wanted to make people realize this is not all fun and games. She’s not in Paris having a great time. Granted, these are first world problems, you can say, but if you want to know what it does to the mental health of somebody, that level of isolation — it doesn’t make people joyful.

READ MORE: ‘My Mind and Me’ Director on Selena Gomez and the “Isolation of Celebrity” (The Hollywood Reporter)

He whittled down more than 200 hours of footage for the 90-minute feature, explaining to Tangcay at Variety that much of that was archival footage. “I knew I had to tell parts of this story through archival, which is very time-consuming. It took us six months just to do the string outs which meant taking each scene and shortening it.”

He could have released a two-hour, 30-minute cut, “and pleased her fans who would never tire of her,” he added to Galuppo. “But I wanted us to mean something for people down the line who aren’t her fan. One of the things I always kept telling my editors is: I’m not looking to make a room spray of Selena Gomez. I want the most distilled and concentrated version of this story so that you spend 93 minutes and hopefully you come out feeling differently about your own life as well as Selena’s.”

As Handler says, many musicians have done their versions of “personal documentaries,” in which there is a sense that they’re still controlling the final product — that there’s a level of PR machinations going on behind the scenes. So did Gomez want final cut?

“There are a lot of things that I didn’t put into this,” Keshishian tells Tangcay. “It’s a potent experience, but it doesn’t have everything.”

Related Article
“Billie Eilish: The World’s a Little Blurry:” When/How Documentarians Get Up Close and Personal 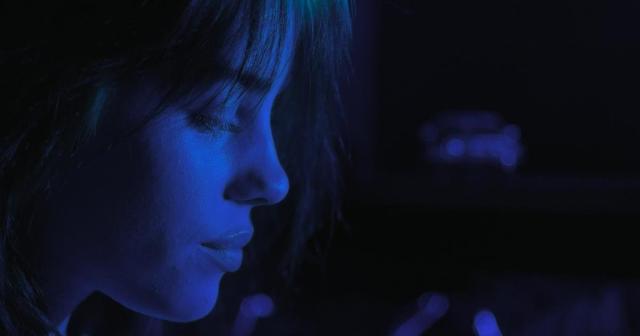 Director of Photography Jenna Rosher captured a year in the life of the pop star’s meteoric rise from social media cult to global celebrity.