Inspired by, but not based on, the director’s experiences as the child of young parents, the ‘90s-set film stars newcomer Francesca Corio as Sophie, an 11-year-old girl on a package holiday to Turkey with her father Calum (Paul Mescal).

The film, which also won seven British Indie Film Awards, is described by the magazine as an “exquisitely subtle yet deeply affecting and honest depiction of mental illness, father-daughter love, and memory.”

Developed and produced with the support of the BFI Film Fund, using funds from the National Lottery, Aftersun was one of the most talked about films at last year’s Cannes Film Festival and was picked up for international distribution by A24.

IndieWire’s Eric Kohn judged it “the most evocative look at an adolescent gaze coming to terms with the adult world since Moonlight.”

Several critics compare the way Aftersun paints its characters’ interior lives to that of Moonlight director Barry Jenkins. Not coincidentally, perhaps, Jenkins and his producing partner Adele Romanski served as producers on the film.

The 35-year-old was born and raised in Edinburgh, but moved to the US in 2012 to study film at NYU. There, her standout short films including Laps and Blue Christmas caught the attention of Romanski, who encouraged Wells to develop the script.

“Her short films were pretty fucking brilliant,” Romanski tells Kohn. “I was curious to hear what she was working on and how the storytelling style for her shorts would translate into that longer format. Then we waited patiently for years.”

That was in 2018. Wells finally retreated into a two-week writing frenzy in 2019, but held onto her first draft for another half a year before sending it to Romanski. “I spent six months pretending to rewrite but in actual fact just spellchecking it over and over again,” she said.

Her film is very much about memory — how certain moments stay with us forever, but also how our interpretation of events can differ from what actually happened. The story’s “beautiful elusiveness — its accumulation of seemingly inconsequential fragments that gradually accrue in emotional power,” per Tom Grierson in the Los Angeles Times, makes it a difficult movie to encapsulate, even for its maker.

Deadline’s Damon Wise isn’t the only interviewer to observe Wells appearing “somewhat shell-shocked by her film’s progress in the world,” adding “I’m actually a little in awe of the fact that this film has — and could — reach so many people.”

Of the film’s deliberate ambiguity Wells says to Alex Denney of AnotherMag, “I think inherent in whatever style it is that I have there is space for people to bring their own experiences. It’s both conscious and not: I think when you avoid a certain kind of exposition it does create ambiguity and people will fill that ambiguity with their own experiences, their own reference points that they enter the cinema with.”

Withholding information “is kind of the point of the film” she tells IndieWire. “I think the ambiguity is inherent in the subtlety and my aversion to exposition. But for me, the answers are all in the film.”

Her reticence to talk in concrete terms about her work is also warning not to label it an autobiography. “It’s very much fiction, but rooted in experience and memory,” she reveals to Denney. “It’s personal in that the feeling is mine and I allowed my own memories and anecdotes through all of childhood to form the kind of skeleton outline [of the first draft]. But after that point it did become very much about the story I was trying to tell, and that frequently required pushing it away from my own experience.”

Cinematographer Gregory Oke records on lush 35mm and partly masks Calum’s appearance throughout the film, rendering him as a semi-ghostly presence.

“We worked hard to keep Calum at arm’s length, to keep more physical distance between him and the camera in order to create the feeling that he is in some sense unknowable,” Wells tells Denney.

READ MORE: Charlotte Wells on Aftersun: “Grief Doesn’t Exist without the Joy” (AnOther)

Interspersed throughout the narrative is a jarring dreamlike rave sequence, which finds the adult Sophie confronting her father under strobe lights on the crowded dancefloor.

“In a lot of ways, there was a mystery to the process of discovering exactly what this was,” Wells explains to IndieWire. “So much of the process found its way into the film. The process of rooting through the past and memories and allowing some to rise to the surface, transforming them or reframing them.”

Noting Aftersun’s impressionistic style, Deadline’s Wise wonders whether Wells achieved that by taking things away in the edit, or scripting it.

“Both,” is her reply. “I didn’t shoot anything I didn’t want to be in the film. But there is plenty that isn’t in the final cut, that was lost in service of the edit. There were discoveries in the edit that were originally just strategies that we used to solve problems but which ended up being quite a meaningful strategy in terms of creating a sense of memory.”

READ MORE: Charlotte Wells On The Surprise Success Of Her Festival Hit ‘Aftersun’: “I’m A Little In Awe” (Deadline)

The way Aftersun deceptively drifts from scene to scene — punctuated by meditative cutaways of shots like a person’s hand or a random passerby yelling at their child kid — are all painstakingly crafted.

“Some of [those shots] were whole scenes reduced to an image,” Wells tells IndieWire’s Kohn. “Some were details in the script, and some were discovered on set based on months, if not years, of conversations with my cinematographer.”

When it’s suggested the deft execution of Aftersun feels like a magic trick, she demurs. “I don’t have an answer as to what it is,” she says. “We didn’t set out to pull off an emotional heist.”

READ MORE: Barry Jenkins and Adele Romanski Had to Give Up on ‘Aftersun’ Before Charlotte Wells Could Finish It (IndieWire) 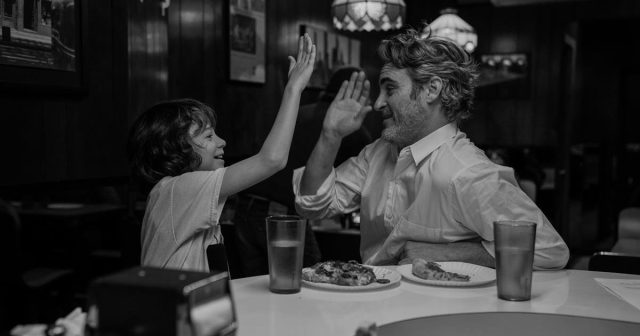