We’re spending up to five hours on our mobile phones every day, with exclusive sports content serving as a crucial on-ramp for new users, according to mobile data analytics provider Data.ai.

Its “State of Mobile 2023” report further explores a boom in downloads that saw mobile services downloaded a record 255 billion times globally last year. As a result, mobile ad spend is on track to hit $362 billion in 2023, after surpassing $336 in 2022, despite tightening marketing budgets.

Adding coverage of major sporting events can be a “highly effective-albeit expensive-way” to add new users to popular streaming services, is one is one takeaway.

In the US, the World Cup also drove large adoption spikes for Peacock TV and fubo TV, while streaming deals with the NFL helped Peacock TV, Paramount Network and Amazon Prime Video.

DAZN and ESPN are the “clear standouts” in terms of consumer spending in the sports app category, earning more in 2022 than the rest of the top 10 sports apps combined. Nearly all of ESPN’s revenue comes from the US, while DAZN has managed to monetize across more markets by casting a wide net in terms of its sports coverage in different markets. Some of DAZN’s content includes Serie A in Italy (where frequent blackouts don’t appear to have dented its popularity) and Nippon Professional Baseball in Japan, as well as pay-per-view boxing.

Sports betting apps downloads peak at the start of the NFL season each year and the Super Bowl. The report found that sports betting installs reached 4.3 million at the start of the 2022-2023 NFL season, up 8% year-over-year and more than four times the total from September through October 2018. FanDuel emerged as the market leader in 2022, with BetMGM, DraftKings, and William Hill vying for the number two spot.

Data.ai observes that sports betting apps over-index for a male audience in the 25-44 age range, a similar demographic to those likely to use financial apps, for example, for cryptocurrency trading.

The United States market may be saturated by OTT providers but there’s still room for growth in Europe and Asia. That said, many European markets became more concentrated between 2020 and 2022, largely explained by the massive launch by Disney+ in the region. The report finds that OTT (over-the-top) apps such as Netflix and Disney+ grew 12% year-over-year to $7.2 billion.

“Look for other OTT providers to attempt to emulate Disney+’s successful global expansion,” is Data.ai’s note.

“TikTok’s recent success was well beyond that of other Entertainment apps,” the report finds. “Over the past 10 years TikTok has more than twice as many downloads as the next closest app, YouTube.”

Other findings in the report: Time spent per day has reached five hours in the top mobile-first markets.

Downloads of mobile apps grew to 255 billion (+11% YoY), and hours spent peaked at 4.1 trillion (+9% YoY). Meanwhile, consumer spending across all app stores, cooled to $167 billion (-2% YoY) for first time ever due to decline in gaming spend, which was previously bolstered by pandemic conditions. However, non-gaming mobile services and subscriptions reached record spend.

“For the first time, macroeconomic factors are dampening growth in mobile spend,” says Data.ai CEO Theodore Krantz. “Consumer spend is tightening while demand for mobile is the gold standard. In 2023, mobile will be the primary battleground for unprecedented consumer touch, engagement and loyalty.” 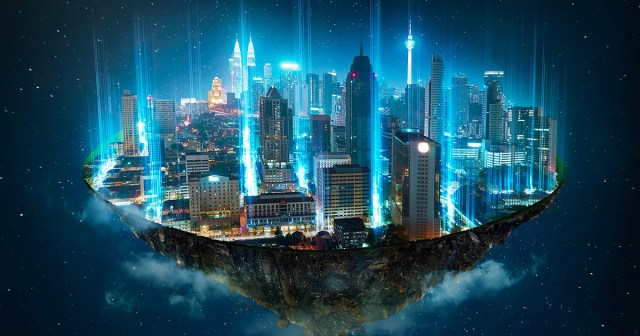 Ericsson predicts 91% of the North American market will have adopted 5G by 2028, with video accounting for as much as 80% of mobile network traffic.