What proved most precious to the production of The Lord of the Rings: The Rings of Power proved to be its use of cloud. The first eight hours of a planned five-series adaption of J.R.R. Tolkien’s fantasy contained nearly 10,000 VFX shots, a staggering number for which the producers corralled 12 VFX shops around the world, which in turn farmed work to 1,500 artists all linked online by cloud.

“That was the key,” said series producer Ron Ames, speaking at AWS re:Invent 2022. “When we were on set, and a director was chasing the light, we had every possible asset at our fingertips. We had crews spread across New Zealand, a studio in LA, artists all over the world, we were able to connect, communicate efficiently, scale as necessary, and meet all of our goals and deadlines, cost efficiently.”

What is left unsaid is the cost of all of this. Many other content producers have been reluctant to move wholesale to cloud principally given the cost of “hot” storage of assets in an online production environment and the cost of egress (download) from the cloud.

Given that Amazon is also the show’s commissioner, funder of its rumored $1 billion budget (spanning all five seasons) and exclusive distributor, you wonder if, say, a Disney or HBO Max show would have been allocated quite the same terms of engagement should they have wanted to work in AWS.

We did learn that the production had planned to work with a cloud-production pipeline from the get-go. This was doubled down on when COVID shut filming three months into the location shoot in New Zealand. COVID made cloud use a requirement “and sent us to the next level of development,” Ames said.

Delivery of scripts to showrunner and director iPads, previs and camera capture, Avid editorial and the color pipeline, VFX, and final delivery to Amazon were all completed in part or wholly in the cloud. QC and localization was also performed in the cloud, and the whole project is archived there also, not least because assets need to be reused for future seasons.

The cloud pipeline for VFX alone integrated 12 global vendors, including DNEG, ILM and Company 3, which together created a massive 9,146 shots: “the equivalent of four feature films the size of Avengers: Age of Ultron,” Ames reckoned.

“The price of admission to join us was a willingness to explore new technology, to share assets in a standard way so that every visual effect could be used by a different vendor. By creating a standard, and everybody knowing they would be working together, we determined that we could actually do this.”

Part of that standard was use of a common metadata recorded for every single frame and added to throughout the entire process. Many productions now do this of course, but few on such a giant scale.

They ended up with 786 hours of 4K camera dailies, all sent to S3 storage buckets. It’s not clear if the raw files were routed straight into the cloud or whether proxies were used with conforms made to the OCN after VFX and editorial had done their work. It would be costly indeed to route OCN to the cloud, but with Amazon’s backing it could well have been done here.

“We never lost a frame, we never lost an asset,” Ames said. “It was trackable and easily shared with vendors.”

The color pipeline, at least, seemed to be made with full resolution files in a Company 3’s “virtual facility” in the cloud, and involved the colorist, Skip Kimball, grading the show in Blackmagic Design DaVinci Resolve from his in Idaho home while collaborating in real time with Ames and other key show creatives, all of whom were watching the grade take form from different parts of the world including Los Angeles, London and the New Zealand shooting locations.

The setup was made possible through a development process that Blackmagic Design had been perfecting with Company 3 that allowed the colorist’s control panel to efficiently affect the cloud-based assets from wherever it was located. (This connectivity subsequently became incorporated with the color corrector starting with the release of DaVinci Resolve 18.)

Although this was not a virtual production in the sense of using a volume stage, the use of cloud seemed to enhance collaboration and collapse the traditional linear sequence of filmmaking.

Ames called it “dynamic” because set drawings, tests, and materials were being created dynamically and shared amongst each team via the cloud.

“The ability to share in this democratic way changes everything. Keeping all of the assets in the cloud meant that when we started filming season two, every single piece of artwork, every piece of cut footage from season one was all at our fingertips, easily tracked, easily shared.”

He added, “This is filmmaking of the future, people making art with technology as a support.”

Related Article
How MovieLabs, SMPTE and EBU Are Mapping Out Cloud Workflows 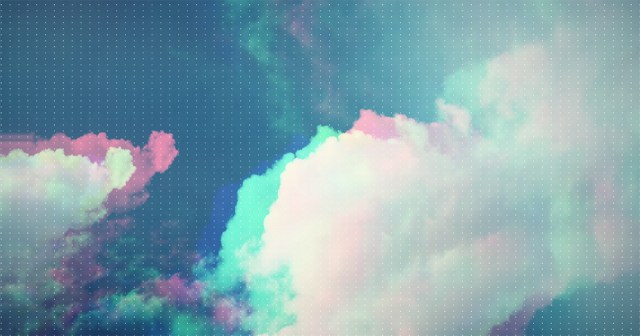 The EBU MovieLabs and SMPTE have released a new guide for building interoperable workflows and metadata sets for use in the cloud.

“The Wheel of Time” and the Reality of Fantasy 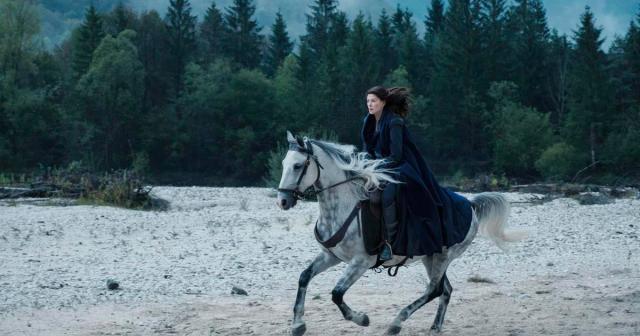 Amazon’s big-budget response to HBO’s hit series “Game of Thrones” is one of the most popular and enduring fantasy series of all time.