READ MORE: The Rise Of The Creator Economy (Richard Florida)

Not every creator wants to make money from their efforts online, but more should be done to help those that do want to make a decent living from it.

The not altogether and unremarkable argument stems from a surprising source — a Meta commissioned report into the creator economy which doesn’t pull back from implicit criticism of its own role in inhibiting a more sustainable “middle class” of creators.

The lead author of “The Rise of the Creator Economy” is Richard Florida, founder of the Creative Class Group and a professor at the University of Toronto’s Rotman School of Management and School of Cities.

Meta has given the academic fairly free reign to write candidly on the topic. While the tenor of the case is that the creator economy is a force for good, it doesn’t always tie back positively to the role of Meta in ways that other sponsored reports might.

Facebook is one of the digital platforms that disintermediated the old school of gatekeepers, such as the Hollywood studios, broadcast networks and major record labels, to bring about the creator economy in the first place.

But now, Meta and other giant digital platforms including TikTok and YouTube stand as gatekeepers in their own right.

“While platforms allow creators to reach audiences and markets that were previously gated by traditional media corporations and publishers, they are not disinterested parties; they also maximize their own monetization opportunities,” Florida argues. “Creators not only pay them fees but are vulnerable to changes in rules, standards, payments, and algorithms that the platforms can impose.

“That said, by putting the means of production into the hands of creators, platforms have made creative marketplaces more porous.”

The report establishes that the economic value of the creator economy was around $104 billion in 2021, and that YouTube’s creator ecosystem alone contributed more than $25 billion in economic output in the US.

But the pie is not split evenly.

While a “vanishingly small” percentage of superstar creators earn millions from their online content, fully two-thirds of them earn less than $25,000 annually, and more than a quarter earn less than $1,000.

Florida argues that money, fame and audience size don’t motivate every creator. From the research and interviews with creators for this report, he concludes that the vast majority are motivated by the ability to work on projects they are passionate about. Many are “devoted hobbyists,” and a growing number are social and political activists.

“The desires and motivations of the Creative Class differ from traditional blue-collar workers,” Florida contends. “While money can be important, the members of the Creative Class are also driven by intrinsic motivations. They seek out work that is challenging and meaningful; they desire to work on great projects with great teams; they seek out flexibility and want the ability to express themselves in their work.”

He adds, “The large majority engage in creator activity as a hobby or sideline rather than as a source of full-time income or employment.”

I’m not sure I agree — surely, given the squeeze on the cost of living, people want to earn more than a dime from their digital efforts. But it is Florida who has done the research.

What Digital Platforms Can Do to Grow the Creator Economy

Much of the report is given over to suggesting ways in which the main digital platforms, as well as the state, can support creators and help them earn more substantial livelihoods from their creative production than they do today.

“Establishing a sustainable middle class does not happen on its own. Digital platform companies can actually help build and strengthen the creator middle class.”

Taking a cue from venture capitalist Li Jin, the report suggests platforms could tweak their algorithms to introduce a greater element of randomness, “encouraging their audiences to discover new content from less-established creators” — a change that a few platforms have now adopted.

Perhaps her most audacious suggestion is that platforms subsidize the incomes of less-established creators directly through a “Universal Creative Income,” similar to the broader concept of a Universal Basic Income.

There’s a call for digital platforms to “redouble their efforts to ensure that creators, especially women and people of color, are better protected from harassment.

“It’s essential that platforms strengthen their protections from online harassment, trolls, and trolling, especially for women, minority, gay, lesbian, and transgender creators, who are most frequently the targets of on-line hate and threats.”

In other words, Facebook and other social media platforms need to do a better job of cleaning racism and sexism and gender hate off their sites. Although there is no mention in this report of moderating false or deepfake news, or Facebook’s culpability in peddling conspiracy theories.

Florida lays out the two sides of the debate about why a move to a decentralized internet is important for the future of the creator community.

Web3 critics of Meta maintain that dominant digital platforms function essentially as “walled gardens,” extracting substantial rents from creators and other elements of the creator ecosystem: “Not only do they define the terms of exchange with creators, but they also have considerable control over them.”

Juxtaposed to this, techno-optimists argue that the evolution of digital technology and the competition inherent to the creator economy point toward a better future for creators. From this perspective, digital technology is evolving in ways that will ultimately shift more power to creators.

“Going all the way back to Friendster and MySpace, vertical platforms have risen and fallen as new disruptive entrants like Facebook, YouTube, and TikTok have come onto the scene. New disruptors are even more likely to emerge in the future,” Florida says.

“The point is that today’s leading platforms do not have any permanent hold on creators. As new platforms with better terms emerge, creators will migrate to them, as they have done before.”

Instagram’s CEO Adam Mosseri is equally forthright in the report: “Over the next decade, we’re going to see a dramatic shift in power, away from platforms like the one that my team and I are responsible for, and to a group of people I like to describe as ‘creators.’”

Mosseri continues, “As a creator, you should be able to use technology to raise money to finance your ambitions. If you so choose, you should be able to sell equity in your future. We’ll have created a world where anyone with a compelling idea can turn their passion into a living, which at the same time, effects possibly the greatest transfer of power from institutions to individuals in all of history.” 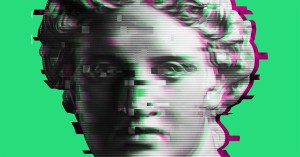 More than half of non-professional creators are now monetizing their work within the creator economy, according to a new survey from Adobe.