Influencer marketing investments are expected to grow to $5 billion next year in the US alone, but what is the most impactful way to put these investments to use?

Guidance can be found in a new “Influencer Marketing Impact Report“ produced by Traackr, which describes itself as a data-driven influencer marketing platform.

Its findings still give to YouTube as the social platform of choice among marketers and influencers, at odds with recent claims that it has been or is about to be usurped by TikTok.

Yet, according to a piece from Zheping Huang at Bloomberg, more time is now spent on TikTok than on Facebook and Instagram combined. Three years after turning on ads, TikTok will do more in ad revenue this year than Twitter and Snapchat combined. And the cost for a one-day run of a “TopView” ad (an ad that the TikTok app opens directly into) has swelled four times year-over-year to $2.6 million.

But according to Traackr’s report, the focus of investment among brands remains Google.

“The popularity of YouTube might be due to a larger shift in the way that consumers engage with content,” notes Evy Lyons, chief marketing officer at Traackr. “A few years ago, highly polished Instagram photos were seen as engaging — now, 45% of all consumers say that short videos are the most engaging content type.”

“We are seeing this consumer shift towards video content in social data too,” says Lyons. “Over the past year, certain categories of influencer content have seen decreases in likes and comments, but stark increases in video views. We think this is because consumers are more likely to show interest in video content by simply watching or re-watching the post instead of clicking or commenting.”

The survey found that 70% of consumers factor influencers into their purchase decisions: 59% stating that they look to influencers for product recommendations; 68% of consumers are willing to pay a higher price for a product made by a brand that aligns with their values.

Brands already seem to know this and are ramping up activity. A Traackr analysis of content from 40,371 influencers revealed that the number of sponsored posts has increased by 23% year-over-year (June 2020-May 2021 vs. June 2021-May 2022).

Influencer budgets among brands are growing: more than half of marketers surveyed say that they spend between $50,000-$500,000 thousand per year, and 15% reported they spend over $1 million.

“With platform and content format proliferation, it’s unlikely that one platform will ever ‘rule them all,’ “ comments Holly Jackson, global director of professional services at Traackr. “We now live in a world where consumers are using multiple platforms on a daily basis, not to mention each generation has differentiated preferences for social media consumption.” 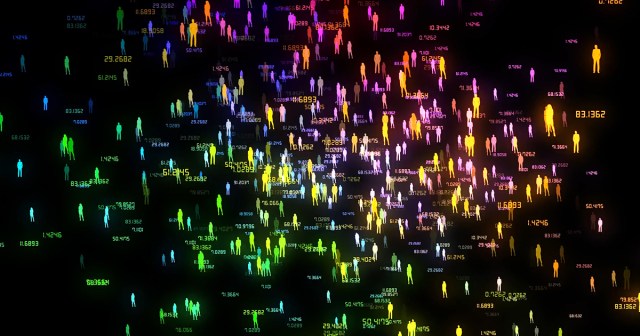 New research on social media influencers highlights the aspirational quality of a job that blurs the line between influencer and celebrity.