If you believe in the promise of Web3, then creators are no longer just the product — they are the new economies.

Venture capitalists like Ollie Forsyth do. He’s the global community manager at Antler, and has bylined a pro-Web3 blog post aimed at enticing more investment in the creator economy.

He makes a persuasive argument. ‘‘The new creator economy encompasses everything creators have always craved — ownership and community-led platforms where all community members are compensated for their time and contributions.”

He also goes onto suggest that “everyone will be a creator eventually in some capacity.”

The post is an update on the firm’s first overview of the creative economy from last year.

A lot appears to have changed.

For a start, the creator economy market is now worth $104.2 billion, according to estimates at Influencer Marketing Hub. The same research also states that one billion people will self-identify as a creator over the next five years, all of which is supported by investors pouring a record $1.3 billion into the creator economy space in 2021 alone, per CB Insights.

“However, the creator economy category is still very much one-sided, where creators are not being fully compensated for their efforts,” says Forsyth.

As an example, the average YouTuber with one million subscribers “only” earns $60,000 in annual advertising revenue, and only about 0.2% of the seven million musicians on Spotify make more than $50,000 a year in royalties.

Learn This: Li Jin’s Course on Building the Creator Economy

“It’s time to properly compensate creators and to make this a more transparent, fairer economy,” he urges.

But as other reports have noted, being a creator is not just about financial reward. It’s a career option supposedly outside the control of “The Man.”

Antler reports a “staggering” 29% of American high school students have “creator” as a preferred career choice. “They want to be their own boss by immersing themselves in a world where they love creating content for their fans and make income from it, anywhere in the world. The 9-5 job is not as popular anymore.”

READ MORE: The Creator Economy boom: What it is, what’s driving it, and trends you need to know (Antler)

“One of the most significant trends in Web3 is the re-imagining of fandom: the blurring of lines between fan and creator, between canon and ‘fanon,’ and how fan labor is funded and rewarded,” Li Jin, co-founder of VC firms Variant and Atelier and co-host of the Means of Creation podcast, writes in her newsletter.

With the distinction between fans and creators continuing to fade, fans are creating works that are just as widely recognized as the original content. Jin explains that, while “fanworks” have historically been a gray area in terms of monetization, “most fanfic creators have been relegated to hobbyists creating without a business model.” However, there are recent initiatives that attempt to address this.

One example, Jin says, is the use of tokens, which give fans a built-in business model. “In contrast to Web2 fans doing work for free, in Web3, fan-owners have exposure to the success of their labor through tokens,” she says. The continued use of tokens could blur the line between fans and creators even further.

“Fans become creators, and their own fans become creators, too, resulting in a prismatic assemblage of creation, all powered by a native business model and new funding mechanisms. The end result, hopefully, being the democratization of storytelling and creativity for everyone.”

What Are Investors Looking For?

For creators, there are some tips about what investors are looking for from Web3 startups.

“The way we see it, Web3 startups should not only be able to attract and grow their existing audience by constantly engaging with it, but also be able to appeal and reach new audiences, particularly in new markets,” Forsythe says.

As an example, founders of Blockchain-based games should consider whether the game is designed and built for gamers only, or if it can be designed in such a way that third-party developers are incentivized to build on the platform.

NFTs should also move away from pure-financial value to utility value. Utility NFTs (or NFTs 2.0) are NFTs whose valuation is based on the access, perks, and opportunities they provide to the token holder.

“They have clearly defined intrinsic value on top of the usual scarcity associated with NFTs,” Forsythe writes. “Utility NFTs are believed to be the future, based on user demand, and therefore founders need to understand how to best design them.”

Taking blockchain-based games as the example again, game developers in Web3 should not only have to worry about building a good game but also about creating good enough financial incentives to support a robust and sustainable in-game economy. Is the gameplay captivating? Do the in-game mechanics make sense, and are the NFTs functional (as opposed to collectibles)?

What Excites the Investors About Web3?

Let’s face it, the answer to this question is a quick and healthy return — but some of the VCs quoted in the report do have interesting comments.

Web3, in theory, disintermediates traditional Web2 aggregators and gatekeepers (like Facebook), key for the democratization of income creation in the digital world. In doing so, the power dynamics shift from the platforms to the creators and their communities.

“Today, the creator economy is no longer just about providing value to the platforms, it’s about new forms of direct creator-community relationships,” Forsythe comments. “There is an opportunity for creators not only to offer more to their fans (including financial upside) but for both creators and their communities to finally be able to participate in the collective value that they help platforms create.”

It is hard not to be skeptical about quotes like this, of which there are many included in the report, overwhelmingly from VCs. Like this quote from Niko Bonatsos, investor at General Catalyst:

“The same way that Silicon Valley became a mindset and millennials from all over the world realized that tech entrepreneurship can be a career option, Gen Z’ers for the very first time can now earn a living from their ingenuity online. General Catalyst are very excited about a future where ownership and the economic upside is given primarily to the creators who have, for too long, been undervalued and underpaid for their creative labor.’’

Antler’s report provides a brief introduction to the history of the creator economy and an overview of its latest developments. Included is a dataset of investors who are investing in creator startups, as well as stage, geography and cheque sizes.

This webinar from Antler addresses: 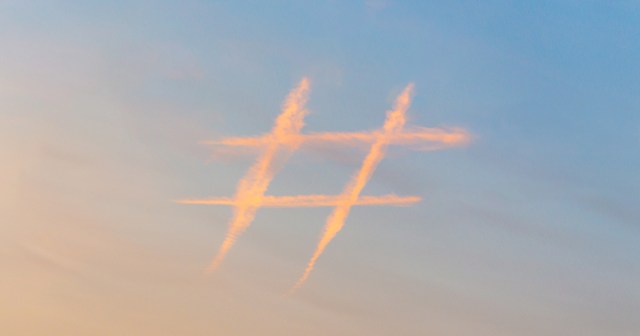 From Facebook to TikTok, established social media platforms are spending big money to arrest an exodus of independent video creators.